It seems that year in and year out, Japan's "golden week" April/May always seems to have good weather. As one who tends not to take time off, it also gives me a chance to stretch my legs a bit farther than I normally would. This time we hopped an early train out of Nara to Kakogawa in Hyogo. From there, a short bus ride and a short walk takes one to the foot of Mount Takamikura. 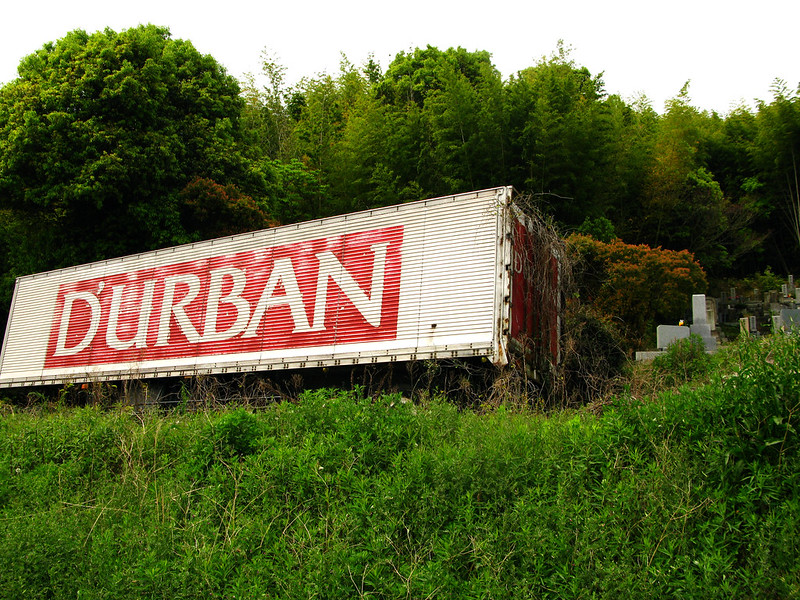 The train station had a decent number of people bustling about, but the bus was as quiet as they come. A mother and her daughter (perhaps on their way to meet an older relative living in the area) were totally silent for the entire ride. One might also be surprised at how unbelievably few buses there are running in what is a fairly well-populated region. The earliest bus was around 9:30, and the last one ran at close to 17:00. That makes planning a decent-length hike difficult, but fortunately there was a decent amount of room for mid-hike turnoffs and other such adjustments. 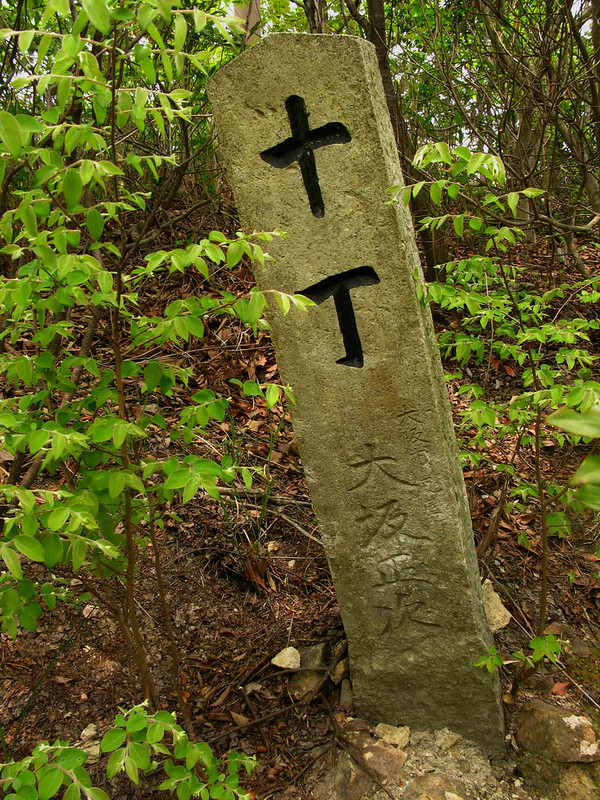 The trail was perhaps the most crowded we've seen on any mountain thus far, and for good reason, since it is an extremely lovely hike, and offers unrivaled views of the whole of the natural and urban stretch along the ocean from Kakogawa west through to Himeji. It appears that many hikers park their cars at the base of Takamikura, hike to the summit, and then turn back down, but for us the trip to the first summit was probably only about a fifth of the whole hike. The direct route to the summit has 18 numbered markers of varying visibility, though despite insisting on hunting down every one, I missed the first and the last two, unfortunately.

Most of the markers have an individual's name on them, and since with many mountains there is often a "sponsor" group of hiking enthusiasts who maintain the trail to some extent, I wouldn't be surprised if they, or one of their donors were the ones with their names chiseled into the stone markers. There are a number of quite breathtaking precipices over which one can sit and take a break at the first summit, which had a number of charismatic university students hooting and hollering over lunch. The path stretches along a mountain ridge, called an one, with a number of anbu "saddles" where a long descent is followed by a good long climb. 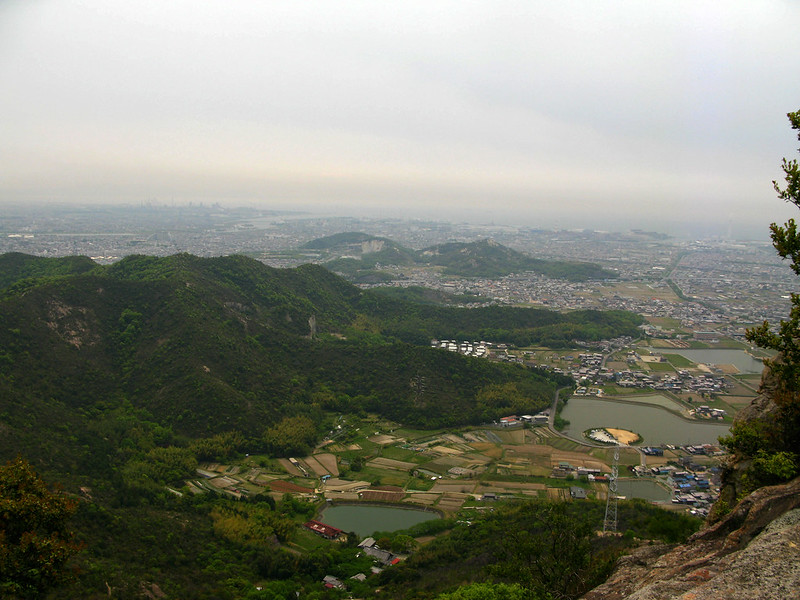 The guidebook we were using claimed that the view beyond the summit along the one was not as good as the initial climb, but that the lovely yamatsutsuji flowers would make up for it. We found just the opposite. The flowers were extremely sparse, but the views become more and more spectacular as we continued to walk along. 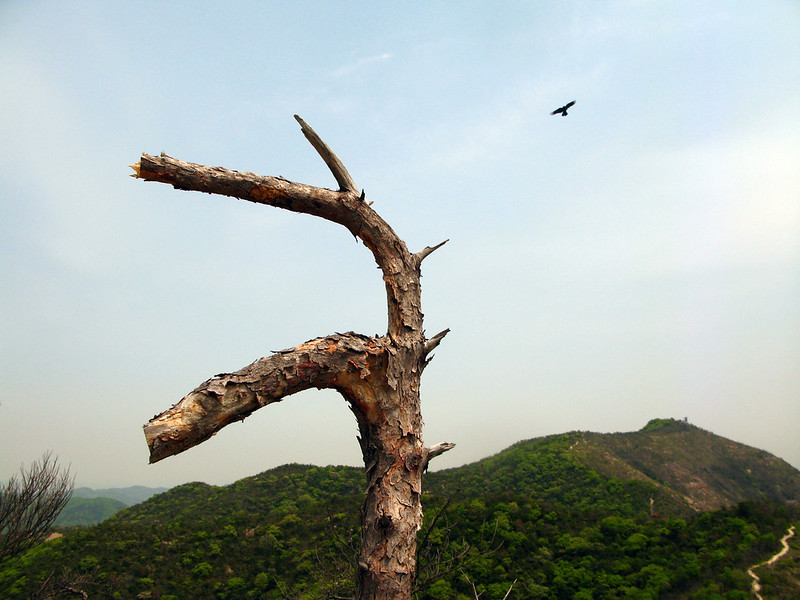 We ended up up and down about three additional mountains on the route to our final destination of Kashima shrine. The last one had the nice nickname of taka no su which seemed appropriate given elegant birds we saw flying around. A note on this hike's weather adaptability: this is a spring/fall hike. Nearly the entire time one is totally exposed, and so on a windy winter day the cold would be quite brutal, and the lack of shade on a scorching Japanese summer day would be quite unpleasant I imagine. As well, the final descent has one slowly walking down a quite steep slab-like rock face, which is fine when dry, but with even a bit of rain the whole face would likely turn into a waterfall, making navigating it almost impossible. There are alternative routes, but if rain is being forecasted, be sure to check those out. 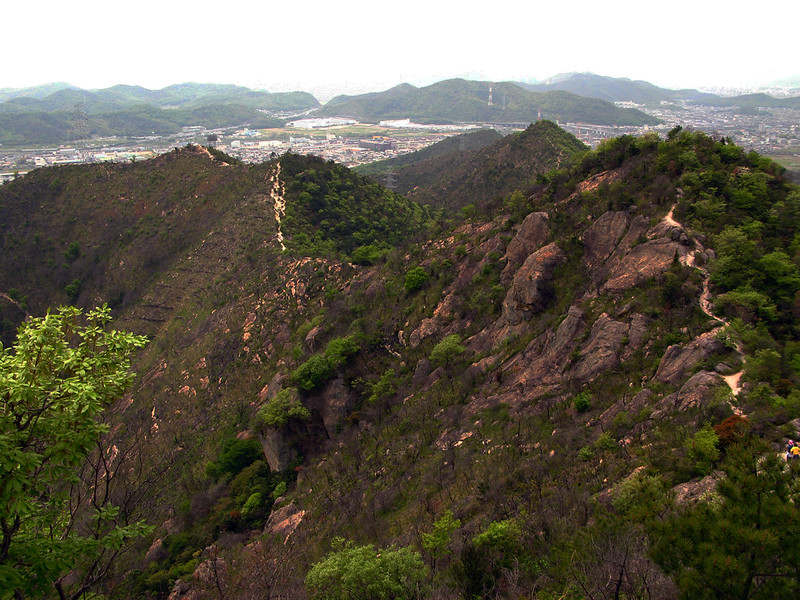 I had read that Kashima shrine was a popular destination for those taking entrance exams in the near future, and sure enough the long wall loaded with ema did not disappoint. Having taken such exams at both the undergraduate and graduate levels here, I can sympathize with the anxiety most people feel. While an interesting experience and good practice for learning how to systematically study and review a large amount of material, in the end all the work is done with a shadow of fear about the exam day, and it really ends up not being productive from an educational perspective at all. The whole juken culture I think would be lost on many, since many nations (including Canada) really have no equivalent. My days of entrance exam preparation are (thankfully) over, but as I tossed in a 5 yen coin, clapping and ringing roped bells, I felt a strange sense of comradery with those sempai who had passed (or failed!) exams before me, and the kohai who would surely follow after me. 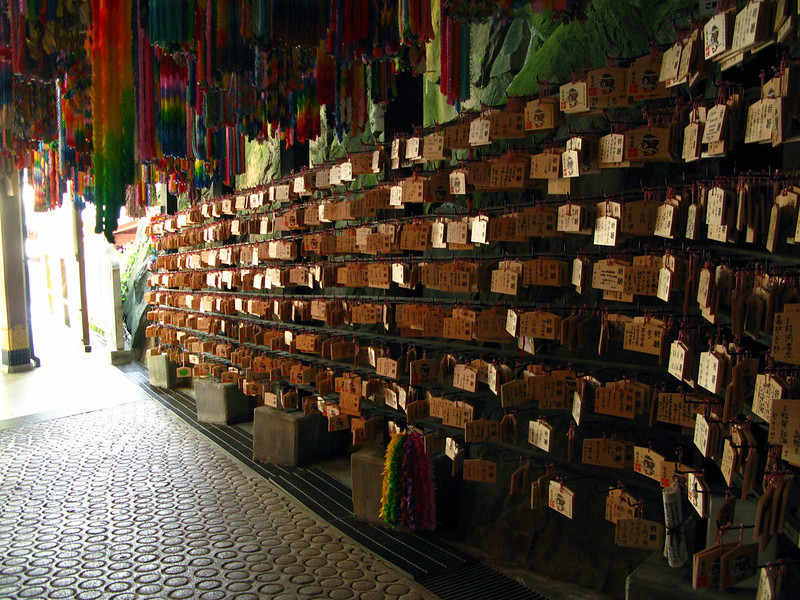